-Source: The Globe and Mail (The Canadian Press) 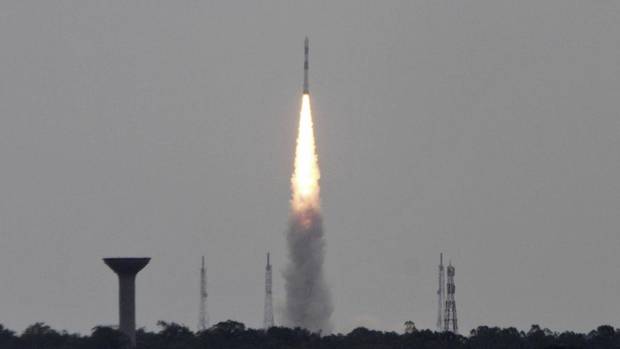 The latest satellites in the Canadian Advanced Nanospace eXperiment, or CanX, program were launched by an Indian rocket on Monday.

It carried two Canadian satellites, CanX-4 and CanX-5, from the University of Toronto’s Institute for Aeropsce Studies Space Flight Laboratory.

Each weighing only about 15 kilograms, their primary mission is the demonstration of satellite formation flying, the institute said in a post on its website.

“In this context, formation flying is defined as two or more satellites controlling their position and orientation with respect to one another to achieve a predefined configuration necessary for co-ordinated operations.”

CanX-4 and CanX-5 will use the technology proven aboard CanX-2 to achieve and maintain several controlled formations in orbit, the institute said.

It said formation will be controlled with the Canadian Nanosatellite Advanced Propulsion System, also developed at UTIAS/SFL.

“During the mission, the propellant usage in autonomous formation control strategies will be evaluated for future improvements.”

The main payload of the PSLV was the French earth observation satellite SPOT-7, weighing more than 700 kilograms. The other two satellites were from Germany and Singpore.

The PSLV is the workhorse of the Indian space agency, which has used it to launch dozens of foreign satellites over the past few years.

Canada and India have been partners in space porgrams since 2003 when the two countries signed a memorandum of understanding reaffirming their pursuit of international space co-operation for peaceful purposes.