TORONTO – 14 July 2017 – The Space Flight Laboratory (SFL) announced today the successful launch of two Norwegian microsatellites developed and built by SFL for the Norwegian Space Centre with support from the Norwegian Coastal Authority, Space Norway, and the European Space Agency. The Soyuz-2.1a rocket carrying the satellites into orbit launched from Baikonur at 06:36:49 UTC Friday 14 July 2017. Shortly after launch both satellites were contacted from ground stations in Svalbard and Vardo, Norway. Both satellites are healthy based on initial telemetry, and commissioning is underway. 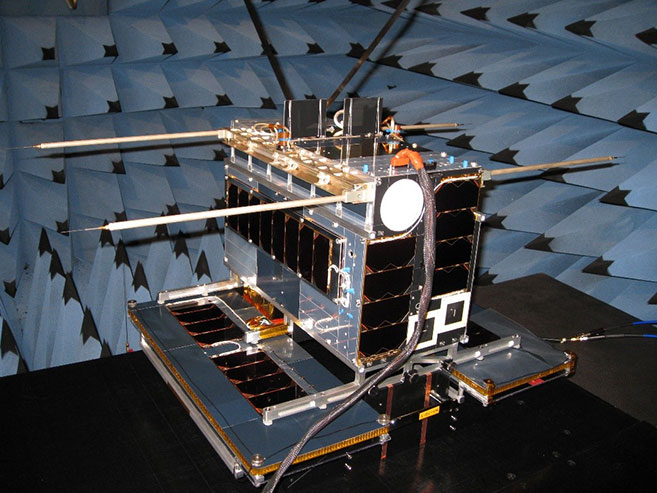 Figure 1: NORsat-1 in EMC test at SFL. Two AIS antennas may be seen at the top, and four Langmuir probes off to the sides. The solar wings of the satellite are at the bottom.

The second satellite, NORsat-2 (see Figure 2), also carries an AIS receiver, but in addition has a VHF Data Exchange (VDE) payload that will enable higher bandwidth two-way communication with ships. Both payloads were provided by Kongsberg Seatex. NORsat-2 will be the first satellite to provide VDE services to Norway. Adding VDE enables increased messaging capacity, better reliability of message delivery, and increased range of ship-to-shore and ship-to-ship communication beyond direct line of sight. SFL’s NEMO platform was used, and the satellite was integrated in Toronto along with NORsat-1. The relatively large deployable Yagi antenna for the VDE payload was developed by SFL in collaboration with the University of Toronto’s Electromagnetics Group. 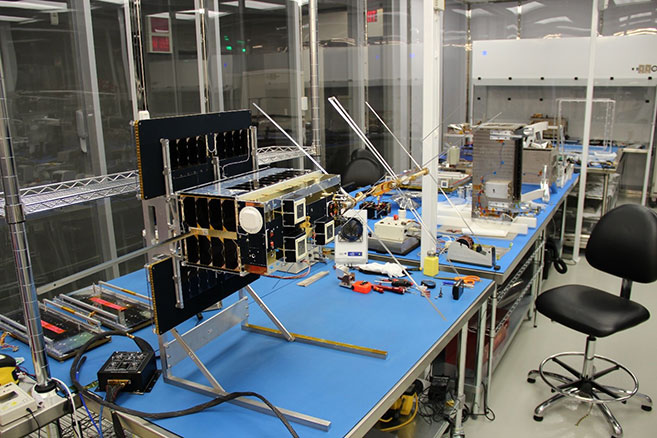