TORONTO – 10 January 2018 – The Space Flight Laboratory (SFL) announced today that NorSat-3, a 15-kilogram microsatellite, has been ordered by the Norwegian Space Centre, and that construction is well underway. NorSat-3 follows from the highly successful NorSat-1 and NorSat-2 satellites also built by SFL.

Automatic Identification System (AIS) message reception alone may not provide a complete picture of maritime traffic. The problem of missing or manipulated AIS messages can only be addressed through the use of supplemental sensing technology. In the case of NorSat-3, a navigation radar detector provides some supplemental support. Detections of navigation radar from ships will provide the ability to verify the accuracy of received AIS messages and also the ability to detect ships whose AIS messages have not been received. 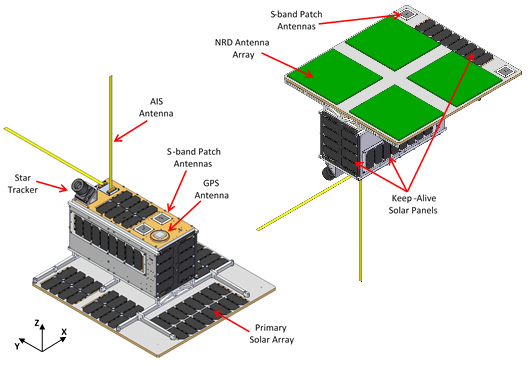