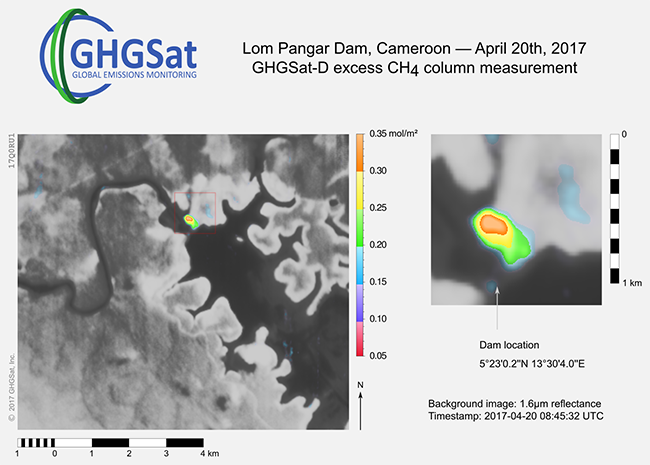 In the previous blog, I introduced the concept of attitude control as the key enabler for smaller satellites to perform complex missions related to Earth observation and space astronomy. Using the GHGSat greenhouse gas sensing microsatellite as an example, I described how on-orbit stability is required for imaging and sensing satellites to accurately point their instruments at targets so they can capture the desired data.

Attitude control and pointing stability are more challenging with smaller satellites than larger ones due to the difference in inertia of the platforms. The greater inertia of a traditional-size satellite enables it to remain more stable despite perturbations acting upon it in orbit.

Large satellites utilize a combination of sensors and actuators controlled by onboard algorithms to stabilize the platform and achieve the desired pointing accuracy. Beginning in 1998, SFL pioneered development of miniaturized and less costly sensor and actuator hardware.

In many missions, we use two types of small actuator to change the attitude of the spacecraft in orbit. The first, co-developed by SFL, are small reaction wheels. By spinning up or down, they create torque to rotate the satellite. Multiple reaction wheels set at angles to each other induce finely controlled rotations along several axes. Ranging in mass and diameter depending on the size of the satellite in which they are used, the reaction wheels used by SFL are sold commercially by its industrial co-developer and widely used in the microspace community.

The second type of actuator is a custom, scalable magnetorquer, or solenoid, which is an electromagnet that imparts a torque on the satellite by using the Earth’s magnetic field. Magnetorquers are often also used to dump, or remove, the momentum stored in reaction wheels.

While these actuators rotate the spacecraft, onboard sensors constantly measure the spacecraft’s orientation and determine the attitude relative to star maps, the sun or the Earth’s magnetic field.

The most critical component is our custom software that finely coordinates the commands to the actuators and measurements of the sensors to point the satellite in the right direction. SFL developed these control algorithms from scratch and has continued to fine tune them over two decades.

Attitude control also plays an important role in autonomous formation flight of multi-satellite constellations. This requires the individual platforms to point at each other and share telemetry and at mission targets. I will cover this in a future blog.

Read more about SFL’s development of advanced attitude control technologies for nano- and micro-satellites in this article published by Intelligent Aerospace magazine.