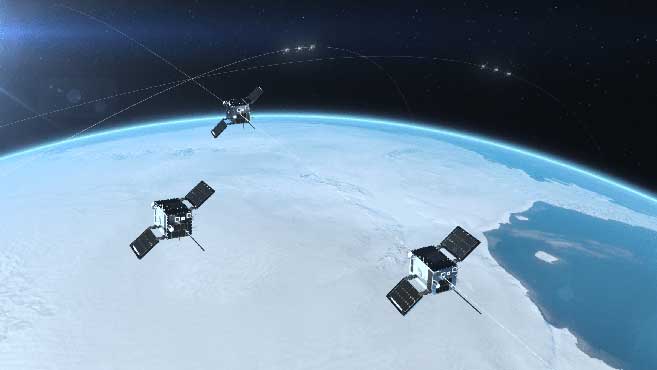 The HawkEye 360 launch brings to 20 the total number of SFL satellites placed into orbit in less than a year. The Cluster 3 satellites were built on SFL’s space-proven 30-kg DEFIANT microsatellite bus.

HawkEye 360 selected SFL due to the importance of formation flying by multiple satellites for successful RF geolocation. SFL is the acknowledged leader in developing and implementing high-performance attitude control systems that make it possible for relatively low-cost nanosatellites and microsatellites to fly in stable formations while in orbit.

The previous HawkEye 360 satellite clusters built by SFL were the Pathfinder launched in 2018 and Cluster 2 in January 2021. Each Cluster is comprised of three satellites.

Other launches of SFL-built satellites in just the past year include missions developed for the Norwegian Space Agency (NOSA) in Norway, the Dubai-based Mohammed Bin Rashid Space Centre (MBRSC) in the United Arab Emirates, GHGSat Inc. of Canada, Space-SI of Slovenia, and a Canada-based telecommunications company.

Since 1998, SFL has developed CubeSats, nanosatellites, and microsatellites that have achieved more than 150 cumulative years of operation in orbit. These microspace missions have included SFL’s trusted attitude control and, in some cases, formation-flying capabilities. Other core SFL-developed components include modular (scalable) power systems, onboard radios, flight computers, and control software.