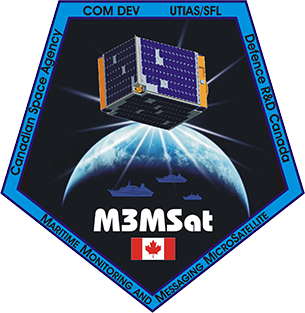 The Maritime Monitoring and Messaging Microsatellite (M3MSat) was launched on 22 June 2016 and builds upon the success of Nanosatellite Tracking of Ships (NTS).  The satellite provides operational Automatic Identification System (AIS) detection for the Canadian government, and contributes to commercial ship tracking services.  Ships over a certain size are required to carry AIS transponders that broadcast ship identity, location and heading. The system was originally intended for coastal monitoring and collision avoidance. The current challenge is to provide global awareness and coverage for monitoring, security, and sovereignty. Space-based AIS detection is particularly challenging given that AIS was not originally designed to deal with the large number of signal collisions that occur as a result of the much larger reception footprint from space. Attempting to receive AIS signals without further processing would result in low detection probabilities, e.g. 30% in highly congested areas of maritime traffic. COM DEV AIS receiver technology “disentangles” the colliding signals and has extremely high detection probabilities approaching 90% or better, even in the most congested areas of the globe. This provides faster, more accurate, and more complete information to end users. The 75-kilogram M3MSat was funded by Defence R&D Canada (Ottawa), the Canadian Space Agency, and COM DEV Ltd. COM DEV was the prime contractor for the mission, and was responsible for systems engineering, AIS payload, structural design, thermal design, communications and assembly, integration and test of the satellite. SFL was the primary partner for the mission and provided the attitude determination and control system, power system, and command and data handling system of the satellite, in addition to support for assembly, integration and test. The platform was designed as a continually Nadir-pointing communications platform consisting of a core spacecraft module and payload panel. The mission built upon the fruitful collaboration between COM DEV and SFL that led to the responsive and highly successful NTS mission. NTS demonstrated the superior detection capabilities of COM DEV AIS receivers for areas of highly congested maritime traffic using SFL nanosatellite technology.

M3MSat is based on the COM DEV AIM bus design, jointly developed with SFL. The AIM bus design is a highly capable platform that exceeds the multi mission microsatellite bus (MMMB) requirements of the Canadian Space Agency. M3MSat is part of a constellation of orbiting AIS assets that will be used by exactEarth Ltd., a COM DEV spin off company, in providing global AIS coverage and data services for the international community. 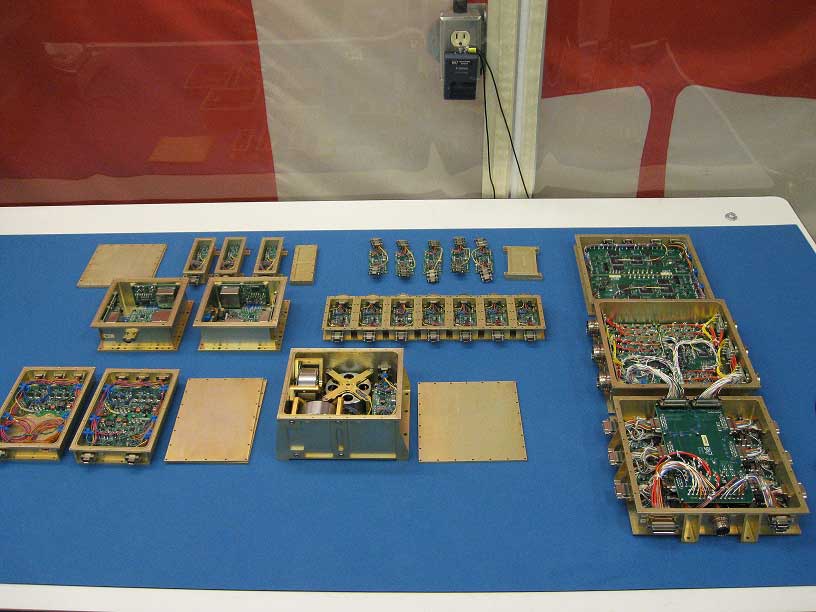