CanX-7, a three-kilogram, 10x10x34cm satellite was launched on 26 September 2016.  The satellite successfully completed a seven-month aircraft tracking campaign before deploying its drag sails in May 2017 to demonstrate drag-sail based deorbiting. 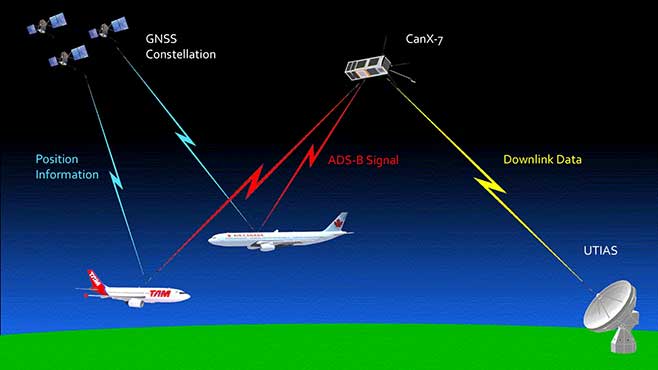 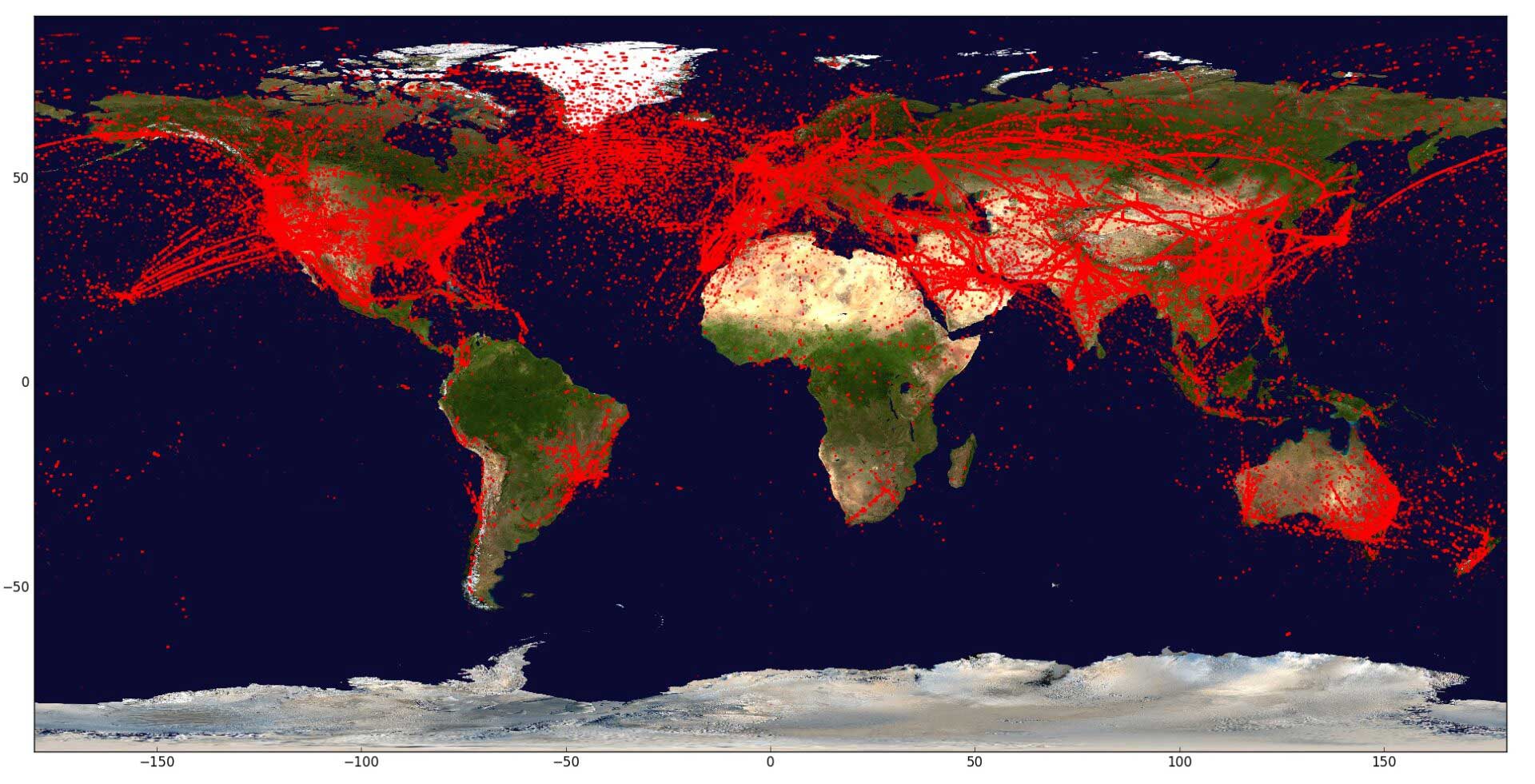 Figure 2:  Composite of all ADS-B Messages Captured from CanX-7 over Seven Months

At present, all four drag sails have been deployed, as confirmed by on board telemetry and ground-based optical observation.  The altitude of the satellite is steadily decreasing at a noticeably faster rate than it would have without the sails deployed.  Figure 3 shows the sails of CanX-7 deployed during a ground based test, while Figure 4 provides a plot of decreasing altitude over time. 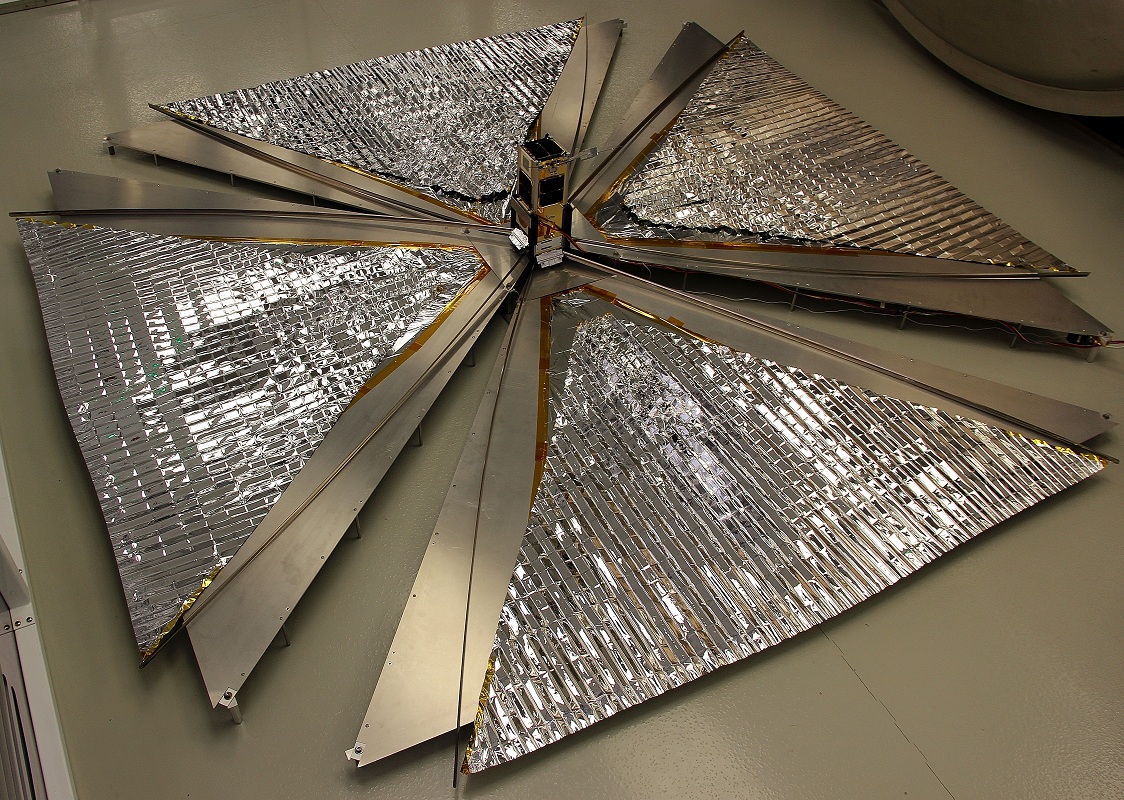 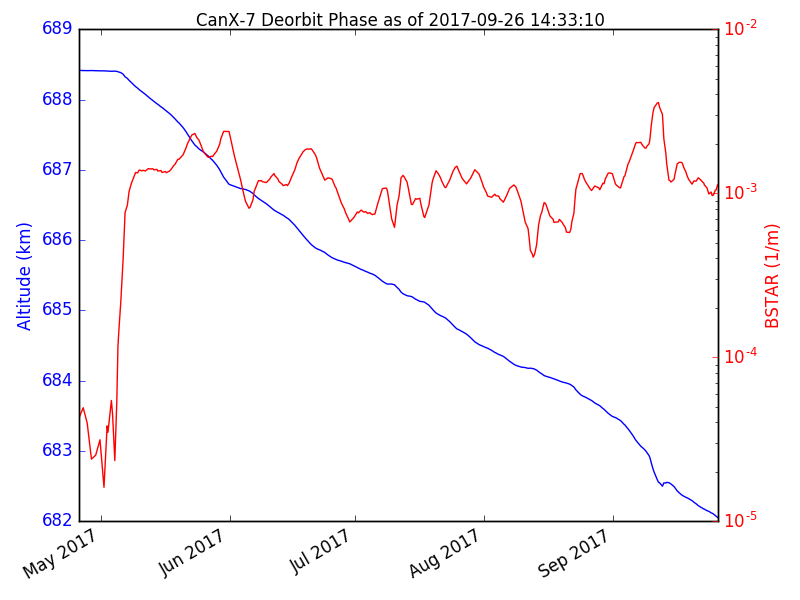 Figure 4:  CanX-7 Altitude Decay Over Time (After Drag Sail Deployment in May 2017)

As the number of objects in Earth orbit grows, the international satellite industry faces a growing problem associated with orbital debris and space collision avoidance. In September 2007, the Inter-Agency Space Debris Coordination Committee (IADC) issued a report entitled “Space Debris Mitigation Guidelines” where it was recommended that satellites deorbit within 25 years after the completion of their mission or within 30 years of launch if they cannot be parked in less dense orbits. Governments around the world are introducing procedures to implement the recommendations of the IADC. This new requirement poses a significant programmatic risk for space missions, especially those missions requiring rapid, responsive, short missions in low Earth orbit.

The CanX-7 demonstration is critical to ensuring that future missions adhere to debris mitigation guidelines, both to enable the licensing of these missions by national authorities, and also to avoid cluttering space after the service life of a satellite has come to and end. The CanX-7 mission has successfully demonstrated the SFL drag sail’s customizability, modularity, stowability and effectiveness at achieving the deorbiting requirements of the IADC. The results are the basis to provide low cost, modular, and customizable deorbiting devices for nanosatellites and microsatellites in low Earth orbit, thus alleviating the programmatic and technical risk to space missions when using satellites of this class.