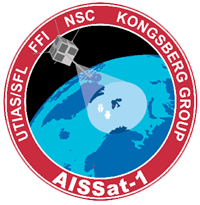 AISSat-1 is a 7-kilogram nanosatellite constructed by SFL for the Government of Norway. Its primary mission is to demonstrate the feasibility and performance of space-based Automatic Identification System (AIS) detection from low-Earth orbit as a means of tracking maritime assets, and the integration of space-based AIS data into a national maritime tracking information system. AISSat-1 was launched on 12 July 2010 and has exceeded its original mission requirements. Within 24 hours of launch it was detecting ships in Norwegian waters (see the figure below) and a news release was issued by the Norwegian Defence Research Establishment declaring success. AISSat-1 was originally intended to be a research platform, and a demonstration mission for a larger operational capability. However, due to its great success, it quickly became an operational asset for Norway that continues to be the workhorse for their space-based AIS data collection requirements.

The Automatic Identification System (AIS) is a self-organizing TMDA radio communication system used for the identification and location of maritime vessels. AIS transponders are required by the International Maritime Organization on all vessels over 300 tonnes and all passenger vessels. Communication is line-of-sight, allowing countries to monitor ships within about 50 km of their shores. A space-based platform allows monitoring of much larger areas, especially in areas that are difficult to monitor through more traditional base station means. 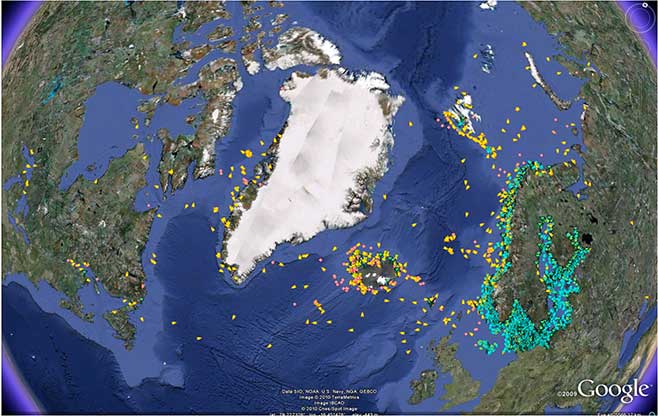 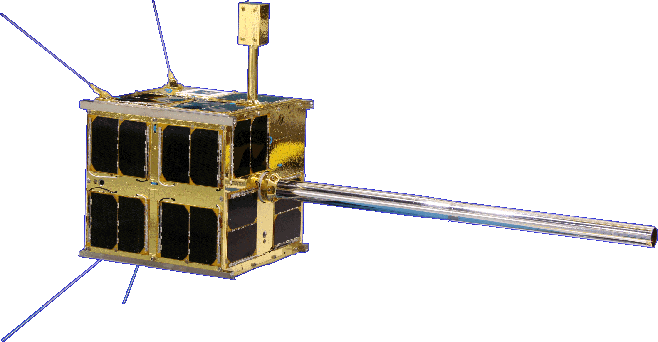 The satellite design is based on the Generic Nanosatellite Bus (GNB), which measures 200x200x200 mm in size, and includes a full suite of advanced capabilities. This includes:

The GNB was originally developed for the BRITE and CanX-4&5 missions, and is now being leveraged for other missions around the world. AISSat-1 represents one such mission and is a perfect example of the flexibility and versatility of the GNB platform when used for a mission to which it was not originally designed.

The satellite was funded by the Norwegian Space Centre, and the program is managed by the Norwegian Defence Research Establishment (FFI). SFL provided the spacecraft platform and the AIS antenna, along with spacecraft-level management, systems engineering, assembly, integration, and test support. In addition, SFL was responsible for launch and commissioning on orbit, after which the spacecraft was handed over to FFI for operations. The payload was developed by Kongsberg Seatex AS with oversight from FFI. Kongsberg Satellite Services AS provided the Earth station facility.

The spacecraft was launched from Sriharikota, India, on board PSLV-C15 and has exceeded its three-year mission requirement.