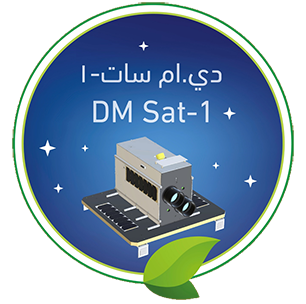 The DMSat-1 satellite is a 15-kilogram, 20x30x40cm microsatellite developed by the Space Flight Laboratory (SFL) for the Mohammend Bin Rashid Space Centre (MBRSC) in Dubai.

DMSat-1 leverages past developments at SFL for a rapidly developed mission that will incorporate two payloads. The primary payload is a multispectral polarimeter used to monitor aerosols – fine particles of liquid and solids in the upper atmosphere normally caused by man-made sources, but also correlating to natural phenomena such as dust storms. The secondary instrument is a pair of spectrometers that will enable MBRSC to detect greenhouse gases like carbon dioxide and methane over the United Arab Emirates. 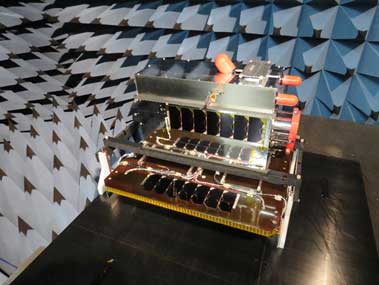 The key aerosol polarimeter specifications include:

The mission is designed to cover an area of up to 80,000 square kilometers each day and will be an important national asset for atmospheric monitoring.