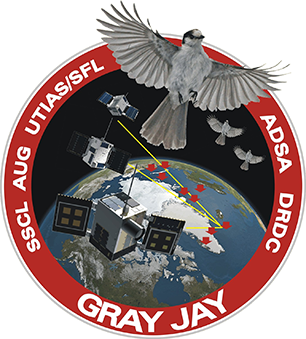 In August 2018, the Government of Canada awarded the project to SFL to develop the Gray Jay microsatellites. SFL is one of the world’s leading developers of next-generation smaller satellites featuring advanced attitude control and formation-flying technology – critical capabilities for the Gray Jay project. Gray Jay leverages SFL’s DEFIANT platform for rapidly produceable microsatellites. 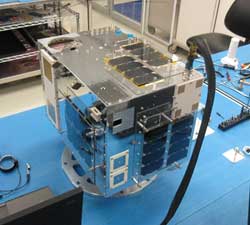 “Canada’s Arctic region is vital, and SFL is honored to assist in creating next-generation microsatellites that could be used to monitor it,” said SFL Director Dr. Robert E. Zee. “The quality and performance of our satellites in addition to SFL’s affordable formation flying technology make advanced missions like Gray Jay possible on small budgets.”

Surveillance solutions support the Government of Canada’s ability to exercise sovereignty in the North and provide a greater awareness of safety and security issues, as well as transportation and commercial activity in Canada’s Arctic. These objectives have been outlined in Canada’s defence policy, Strong, Secure, Engaged.

The SFL microsatellites developed for Gray Jay will include multiple sensors on a constellation of microsatellites operating in close formation in low Earth orbit to allow for quick and timely detection and identification of surface or airborne targets. These concurrently obtained sensor observations are expected to improve the responsiveness of detection and follow up, which may not be straightforward or timely when individual sensors are located on non-collaborating satellites.

As of June 2020, SFL has built more than 35 distinct nano- and microsatellites and achieved over 120 cumulative years of successful operation in orbit. These microspace missions have included SFL’s trusted attitude control and, in some cases, formation-flying technologies. The success of the CanX-4 & CanX-5 formation flying demo in 2014 has allowed SFL to offer low-cost formation flight for barrier breaking missions like Gray Jay.