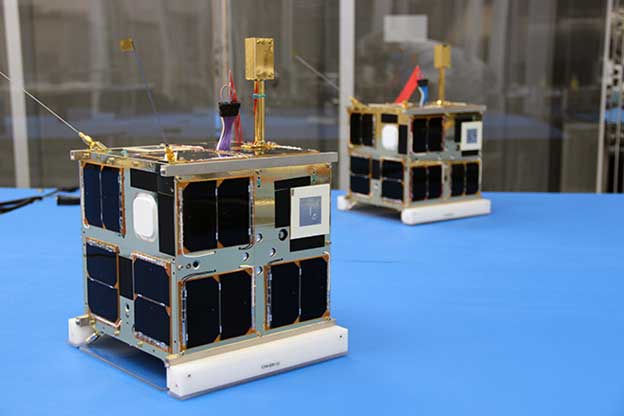 Autonomous formation flying enables multiple satellites to work together and, in some cases, effectively perform functions of a larger satellite, or perform missions that cannot be accomplished with a single satellite. This is particularly important in the newspace era when launching a constellation of smaller satellites can offer a significant cost advantage over developing one traditional large satellite. Some remote sensing and geolocation applications become viable when two, three or more satellites are flown in precise orbital configurations. Such multi-satellite applications are typically not financially viable with satellites developed using traditional “big space” approaches.

Autonomous formation flying means the satellites are orbiting in a constellation with their relative positions and trajectories precisely maintained without assistance from ground-based commands. Autonomy refers to the fact that onboard hardware and software allow independent action and enable the satellites to communicate with each other to keep their positioning exact.

One of the uses of formation flight is in geolocation services. This involves three or more satellites receiving radio frequency (RF) signals from transmission sources on the ground and using triangulation to precisely calculate their locations in three dimensions. The accuracy of the location calculation depends on how precisely the separation of the satellites is known and controlled.

HawkEye 360 of Herndon, Va., is the first to develop a commercial business around this application. SFL provided the buses and satellite integration services for its first three Pathfinder microsatellites. As a result of the tremendous success of Pathfinder, we were awarded the contract for development of the company’s commercial (operational) constellation utilizing next-generation satellites.

Another geospatial application enabled by autonomous formation flying is sparse aperture sensing. In this application, a cluster of satellites equipped with small sensors capture data that is then combined to provide an effective larger aperture than the individual satellites in the cluster can independently carry.

In 2014, SFL became the first organization to accomplish precise, autonomous formation flight on two nanosatellites, CanX-4 and CanX-5 (pictured above), with centimeter-level knowledge and sub-meter level control accuracy in low Earth orbit. One major beneficial outcome of this highly successful mission was to present the world with critical space-proven technology now available at low cost from SFL. This formation flying technology enables new business models and commercial exploitation not previously possible due to cost.

Read our next blog to learn more about the “complex choreography” between hardware systems and software algorithms that makes autonomous formation flight a reality. Or you can check out a feature article on this topic published in a geospatial surveying and mapping magazine called xyHt.