Advanced AIS and Laser Communications Onboard 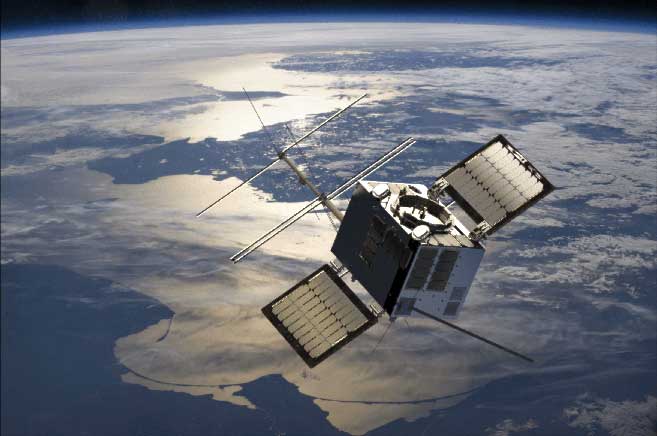 TORONTO, Ontario, Canada, 16 February 2021 – The Norwegian Space Agency (NOSA) has awarded Space Flight Laboratory (SFL) of Canada a contract to develop the NorSat Technology Demonstrator (TD) microsatellite. With a primary mission of testing out new technologies in space, NorSat-TD will validate payloads and concepts from Norway, the Netherlands, France, and Italy.

SFL, which developed the operational NorSat-1 and -2 microsatellites launched in 2017, as well as NorSat-3 expected to launch in Q2 2021, has been contracted to design and build the NorSat-TD spacecraft and perform integration and testing of all systems and payloads. NorSat-TD has completed its final design review and been slated for launch in 2022.

“The Norwegian Coastal Administration relies on NorSat-1 and -2 to accurately track large commercial vessels in its territorial waters and beyond,” said SFL Director, Dr. Robert E. Zee. “NorSat-TD will fly technology that is planned to augment the ship tracking capability of Norway with a miniaturized AIS-receiver and aims to expand the technology available for future missions, including micropropulsion, precise point positioning and laser-based communications.”

NorSat-1, -2 and -3 were built on SFL’s 15-kg NEMO microsatellite platform, measuring 20x20x40 cm. Due to the additional payloads planned for NorSat-TD, the demonstration satellite will be developed using SFL’s larger 30x30x40-cm DEFIANT microsatellite bus with a mass of 35 kg.

“You can think of DEFIANT as a NEMO platform that doesn’t require a dispenser,” said Zee.

NorSat-TD represents impressive technological collaboration among European nations. Multiple advanced or experimental payloads will see their first applications in orbit aboard the microsatellite:

Fifth Generation AIS Receiver – An advanced version of the Automatic Identification System (AIS) receivers developed by Kongsberg Seatex of Trondheim, Norway, as primary instruments for the first three NorSats, this miniaturized device with CubeSat form factor will receive AIS signals broadcast by large commercial maritime vessels. AIS enables the locations and status of ships to be tracked and monitored. The new NorSat-TD receiver will also be used to test the Internet of Things in the Arctic, according to NOSA.

Small Communication Active Terminal (SmallCAT) – Developed by TNO, the Netherlands Organization for Applied Scientific Research, this instrument is also intended to support the Norwegian Defence Research Establishment’s experiments with laser communications between the satellite their ground station, a potential gamechanger in the data volume that is possible from microsatellites in orbit.

VHF Data Exchange System (VDES) – from Space Norway, an advanced communication system that first flew on NorSat-2 has been improved to enable higher bandwidth, more reliable two-way communications among and between satellites, ships, and land. Working together, NorSat-2 and NorSat-TD will provide greater communication capacity for ships in Norwegian waters, according to NOSA.

Onboard Laser Reflector – A miniaturized laser reflector developed by the Italian INRI SCF research laboratory will be used to track NorSat-TD with ground-based lasers in Norway, France, and Italy.

Satellite Collision Avoidance – Space Star, a space-based GPS instrument developed by Fugro will be tested as a highly accurate means of determining a satellite’s position in orbit for improved situational awareness.

Iodine-Fueled Electric Propulsion – ThrustMe, a French startup, has developed a new thruster designed to change a satellite’s orbit, which will be tested on NorSat-TD. One potential future use of the thruster will be to move a spent satellite to a lower orbit, so it burns up in the Earth’s atmosphere rather than leaving behind space debris.

NorSat-TD will be the seventh satellite developed by SFL for Norway. SFL built and integrated the AISSat-1 nanosatellite launched in 2010 to determine if reception of AIS signals in orbit was feasible. AISSat-1 proved so robust that Norway soon commissioned it as an operational ship-tracking mission. Subsequently, additional AISSats were built and launched and a new line of higher capacity microsatellites, the NorSats, were developed.

“NOSA is glad to be working with SFL on this demanding project. The flexibility of SFL and their micro-satellite platforms have met the varied and demanding challenges of this multi-mission technology demonstrator. We feel that this mission is again pushing the envelope for what we are able accomplish with these fast-paced low footprint projects,” said NorSat-TD Project Manager, Tyler Jones.

In its 23-year history, SFL has developed CubeSats, nanosatellites, and microsatellites that have achieved more than 135 cumulative years of operation in orbit. These microspace missions have included SFL’s trusted attitude control and, in some cases, formation-flying capabilities. Other core SFL-developed components include modular (scalable) power systems, onboard radios, flight computers, and control software.